APPLY NOW
Working From Home: Living The Dream (With A Few Drawbacks)

At the age of 10 I took 30 minutes or more to shower and get ready for school.

I’d then rush to the bus or walk a full mile to school; during my short journey I’d look with desperate envy at every house that had a child as I drew nearer and nearer to school. They lived so close!

I counted every minute that I had to travel to school – maybe even every second.

I dreamt of just hopping a fence mere minutes before the bell and being in my seat before the ringing had finished.

So, wanting to cut out my commute has been a long-held dream of mine. In high school, my commute increased to a 40 minute drive. For my first actual jobs, I got that time down to 30 and then 20 minutes. Oh, the joy!

Today I have the corner office with an excellent view.

I’m mere seconds from my own bathroom, bedroom and kitchen. There is no rush to get out of the house, no time lost stopping for fuel or planning for lunch. No commute, no business casual clothes, no cranky co-workers – and and I even get paid to hang out with cats? All this gives me a secret thrill at least once a week.

However, it is also very challenging at times.

There are still non-negotiable deadlines; still people you won’t like; and the morning alarm still exists.

Generally, there have been two primary challenges for me in my work at home employment: self management and time management.

Usually, time management is more straightforward in a business environment which has deadlines enforced by the immediate presence and urgency of other people. I usually don’t have to decide which task will be undertaken next, but simply I just need to get them done.

Time management, though, takes on a different color.

It has a new sense of immediacy at home. In this environment, I may have to directly and deliberately avert my gaze from the laundry or the stack of dishes. Because it is possible to simply do those tasks on short breaks, but it’s also easy to let them lie rather than handle them. And this kind of ‘time negotiation’ can (and has) gone on for long periods of time.

Working in an office never requires you to turn a blind eye to laundry, or to decide if you can start dinner now. That’s because those things are not before you, but in a whole other world.

Having been working out of my home office for the past decade, I’ve learned that the best way of tackling what has been my biggest challenge is to add a ‘work-day’ routine.

The length of my work day has varied tremendously over that time, but placing boundaries around that time solidifies my commitment to both my home and my work.

I believe it is an illusion that you can work without restraints. Restrictions spur me on.

So, imposing a schedule on my workday keeps me focused on getting stuff done. But it also keeps me from thinking I have time to address whatever house stuff is just one room over. Just as my office is one dedicated space, so the house responsibilities are assigned some dedicated time. Even if that time might simply be ‘outside of work hours’ – whatever I have decided those are.

Within my non-work hours, meals such as lunch, get planned for. I also enjoy the luxury of a true lunch hour because I don’t need to travel anywhere. This is one of the rewards for being scheduled, even though, theoretically, I can do whatever I want.

Also, I’ve been enjoying the idea of not spending time in the morning to get ready for work.

I love working in pajamas. But I also think that there may be a significant benefit to preparing for work almost as though I were going out into the world. On the days I have done this, it gives me a shift in focus and attention, and probably sets me up to better engage with others who are in a professional environment.

The work at home industry (to the degree that it can be called that), now has many tools to mitigate the distance between people who work closely and cooperatively together. Often those communication tools are text based.

So as to cranky coworkers, I have a theory…. my coworkers at AnswerFirst are primarily home-based professionals, and not having to deal with inconvenient outdoor weather; not having to struggle through traffic and fight road rage; has made them mellow and measured in typed communication and I have not had an occasion to complain in more than two years!

I have no doubt that they find me the same, and my ten year old self gets a secret thrill when she realizes that the ETA for work depends only on whether both, or just one of the cats is currently lounging on the stairs. 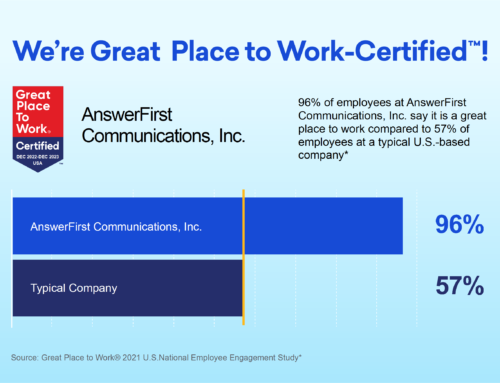 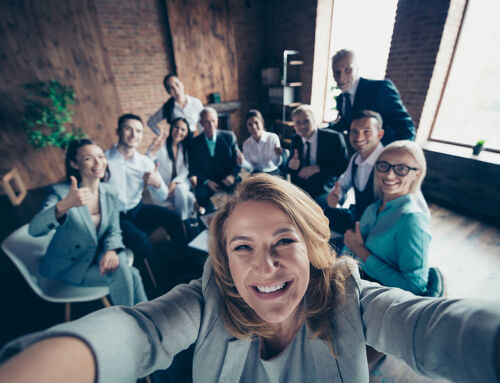 Great Place to Work® Names AnswerFirst One of the Fortune Best Workplaces in Consulting & Professional Services™ in 2022, Ranking #26

Great Place to Work® Names AnswerFirst One of the Fortune Best Workplaces in Consulting & Professional Services™ in 2022, Ranking #26 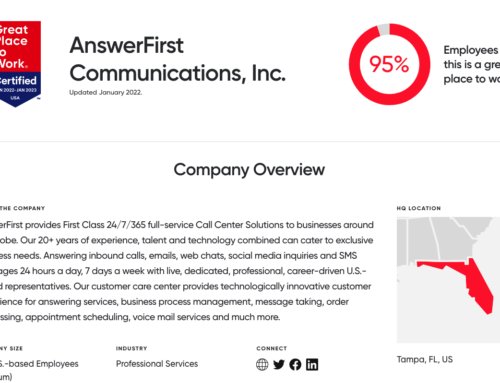 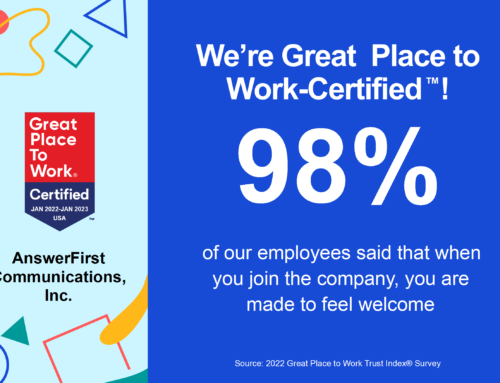 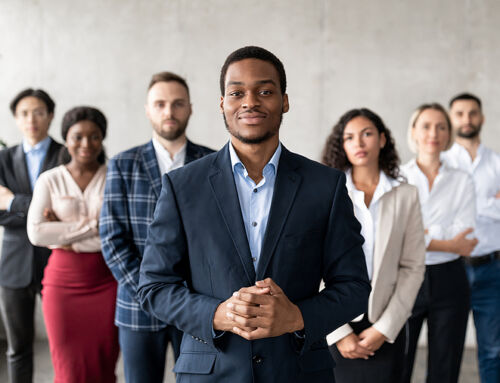 Business Growth And Employee Well Being During A Pandemic

Business Growth And Employee Well Being During A Pandemic